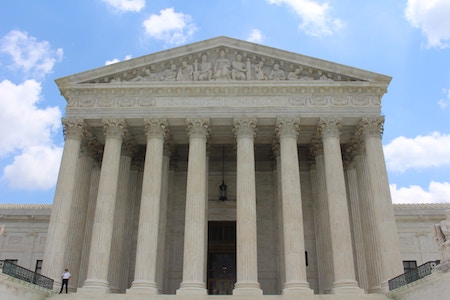 In a recent landmark decision, the U.S. Supreme Court granted individual states the authority to require that online retailers collect and remit sales tax even if they do not have a physical presence in the state.  The Supreme Court made the decision after South Dakota filed a lawsuit against major online retailers Wayfair, Overstock.com and Newegg regarding the collection of state sales tax with respect to purchases made by its residents.

South Dakota v. Wayfair et. al.overturned a decades-long Supreme Court decision which required companies to have a physical presence in a state before that state could require the company to collect and remit sales tax on the goods or services the company shipped to that state’s residents.  This rule came to be known as the “physical presence rule”.

Given the Court’s ruling, many states are likely to implement new laws or adjust their existing laws in order to take advantage of the decision.  However, these laws could face their own legal challenges.   The South Dakota statute covers only sellers that, on an annual basis, deliver more than $100,000 of goods or services into the state or engage in two hundred or more separate transactions for the delivery of goods or services into the state.  The Court reiterated the longstanding principle that states cannot impose excessive compliance burdens on out-of-state sellers and left open the possibility that some transactions were so small and scattered that no taxes should be collected.  Furthermore, the Court did not decide whether states may seek sales taxes retroactively, which South Dakota’s law did not.

Although the increased tax revenue will be a benefit to the states, it may have an adverse effect on smaller-scale online retailers.  The dissenting judges noted that there are over 10,000 jurisdictions that levy sales taxes.  The dissent was not only referencing the different state regulations, but also the county and municipal regulations that will need to be navigated and understood by online retailers.  Each of these jurisdictions will presumably impose different tax rates, different rules governing tax-exempt goods and services and different standards for determining whether an out-of-state seller must collect and remit a sales tax.

Many large online retailers are now requesting legislative action from Congress to implement clear and fair rules for tax collection from out-of-state sellers, which will presumably reduce the compliance burden as well as the number of issues that need to be litigated in the courts.  For example, the online retailers are asking that Congress ban states from attempting to collect back taxes on past sales.  However, it is yet to be determined when or if Congress will respond to the Wayfairdecision.

Individual states could also assist in simplifying and clarifying when online retailers must remit a state sales tax.  More than twenty states (including Wisconsin and many states in the Midwest including Michigan, Minnesota, Iowa and Indiana) participate in the Streamlined Sales and Use Tax Agreement, which simplifies sales tax systems and helps sellers comply by establishing a centralized computer system for registering and remitting payments. Under the Agreement, out-of-state sellers can use tax administration software and are not liable for any mistakes made by the software.

Smaller-scale online retailers should be more cognizant of state tax laws in light of the Wayfairdecision.  Online retailers should keep apprised of changes in states’ tax laws in an effort to determine if sales in a given state will be subject to sales tax.  In addition, such retailers may wish to implement a tracking system in their ordering process to determine how many customers they have in a given state and the total amount of sales they transact in the given state.  This information may be critical, as many states changing their sales tax laws will likely model their statute on the South Dakota Statutes.  Finally, online retailers should determine which states participate in the Streamlined Sales and Use Tax Agreement and register with the Streamlined Sales Tax Registration System to assist in complying with the enrolled states’ tax laws.