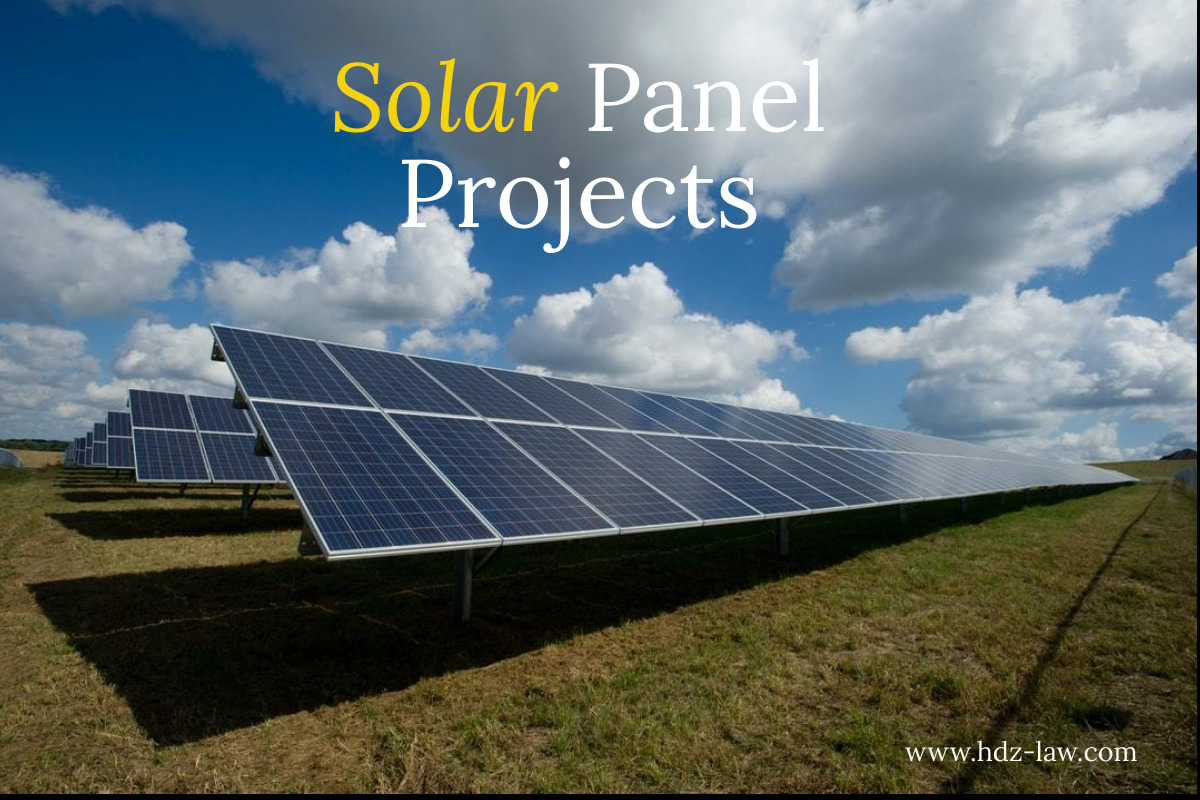 The sub-zero temperatures that afflict the state of Wisconsin in the winter months may make it hard to believe, but Wisconsin is a new hotspot in terms of moderate to large scale solar panel projects (“Projects”).  Projects have continued to pop up all over the state in recent years.  The current U.S. Department of Energy and Department of Interior has and continues to deploy clean energy efforts to increase the county’s sources of renewable energy, and with world-wide initiatives also pushing for clean energy and reduced emissions Projects in Wisconsin show no signs of slowing down.

At this point you may be asking yourselves, why solar and why Wisconsin?

First, the cost of solar power, from the technology to the installation, has declined more than 75% in the last decade. With this reduction in cost, Projects are becoming more and more competitive with traditional nonrenewable energy power plants.

Further, Projects of moderate to large scale are becoming more popular because instead of generating enough electricity to support a single home or business, like traditional solar panels mounted on a roof or single property can produce, a moderate to large scale Project can generate enough electricity to serve a much larger customer base, similar to more traditional non-renewable energy power sources.  These Projects are typically located on vacant relatively flat land ideally located near existing electric transmission infrastructure.  Wisconsin happens to be a perfect location for these Projects due the over 14 million acres of farmland the State has to offer.  Currently, there are over 20 solar farms operating in Wisconsin, generating a range of 1 to 5 megawatts of solar capacity with several additional Projects in various stages of development.  To put it in perspective, a 1-megawatt Project can produce enough electricity annually to offset the needs of approximately 190 typical Wisconsin homes.

Now you may be asking yourselves, what are the benefits for me personally if I decide to lease my property?

This is a vital question you should ask yourself given that developers of Projects of this magnitude desire to enter into long term solar leases (“Leases”) with landowners that typically range between 30 and 50 years.  This means that if the Project gets the “greenlight” from all of the necessary governmental authorities and electric company, a significant portion of your property could be tied up for decades.

One benefit of a long-term Lease is that while a portion of your property operates solar panels, which provides a steady form of annual income paid per acre, the other portion of your property can still be used or rented as it has been previously, albeit to the degree that it does not interfere with the access or sunlight utilized by the Project.  The income from the Lease can also supplement the income earned on the non-leased property and act as hedge from the ever changes farming commodity prices, while allowing multigeneration farms to continue to exist and thrive.

The land utilized by the Project can be replanted with low-lying grasses, plants and flowers that can act as a cover crop to rebuild the soil, reduce soil erosion, and provide a habitat for necessary pollinators for other surrounding farmland.  Additionally, because Projects and solar panels have a lifespan, once the solar panels are removed and the property is restored to its previous condition, the soil will be in a position to resume farming.

Another benefit is that solar technology has come a long way regarding its intrusiveness on the leased land and surrounding properties.  While Projects related to clean energy are on the rise as is the acceptance of them, it is important to understand that all landowners and municipalities are different, and your neighbors or your municipality may not be initially receptive for these new Projects.  These Projects often need the cooperation of multiple landowners to lease enough acreage to make the Project feasible, and therefore, the more neighboring properties that can come together as part of the Project, the more likely their voices will be heard and the community and municipality will get behind their residents.  Unlike other forms of energy production, there is no combustion, no odor or output of any chemicals. Further, the noise pollution of the panels is limited to the cooling fans within the equipment that only operate when the sun is shining and power is being generated.  Moreover, current technology solar panels should have an anti-reflective coating which are made to absorb light rather than reflect it making less of the glare that is commonly associated with previous generation solar panels.

Overall, everyone’s property and situation are unique, and therefore every person approached by a solar company or considering a solar lease needs to fully understand the benefits and issues that arise with such Lease.  Therefore, it is important to speak with an attorney knowledgeable about solar leases so you can determine whether solar is right for you.