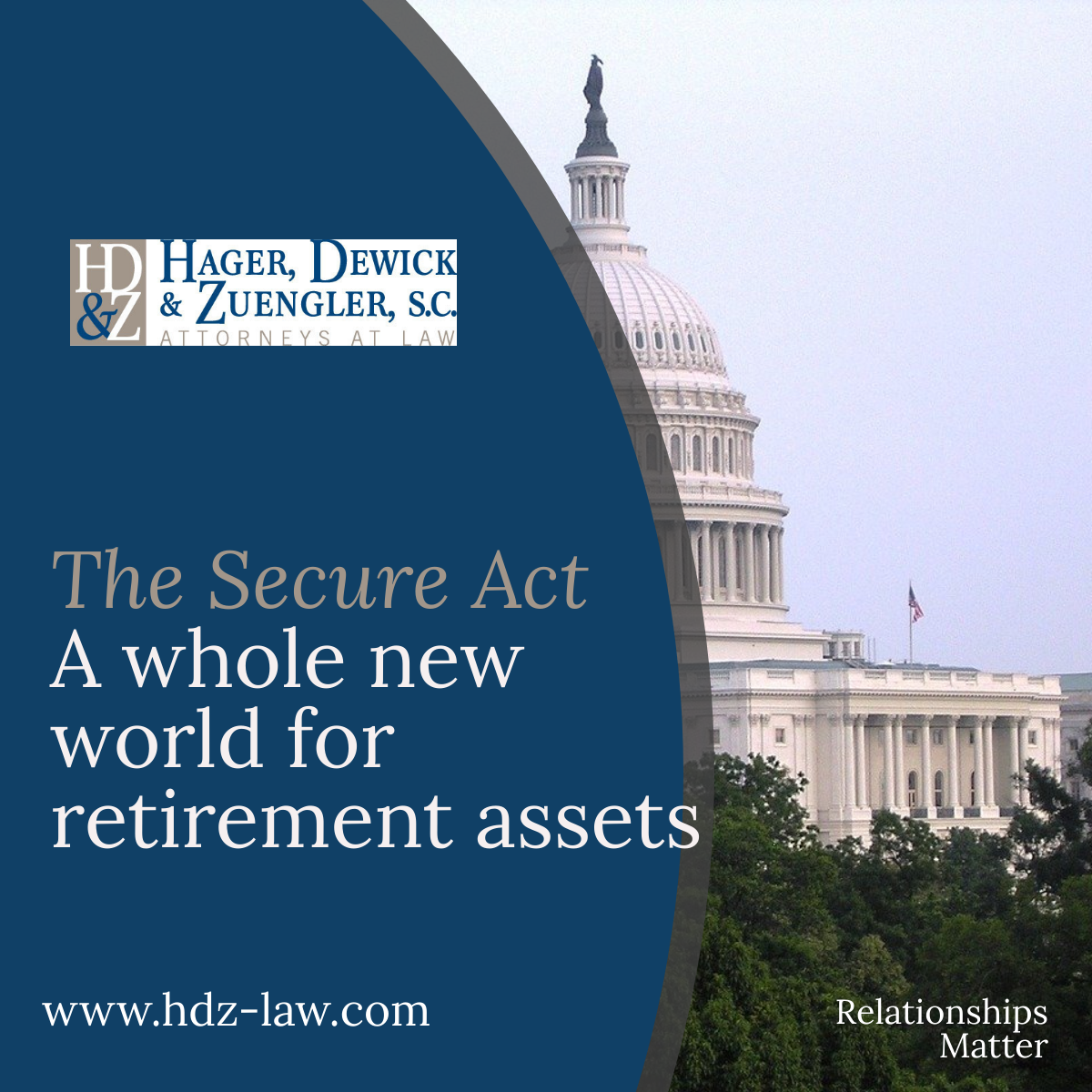 THE SECURE ACT: A WHOLE NEW WORLD FOR RETIREMENT ASSETS

The significant changes brought about by SECURE impact the payout rules for Designated Beneficiaries of qualified retirement accounts.  Prior to SECURE, the ADP was based on the life expectancy of the beneficiary (or on Non-Designated Beneficiary rules if they proved more favorable).  The SECURE Act largely replaces the life expectancy payout for Designated Beneficiaries with the “10-year rule.”  The 10-year rule provides that all benefits must be withdrawn by the Designated Beneficiary within ten years of the owner’s death, unless one of the limited exceptions, discussed below, applies.  The beneficiary has the ability to determine whether the distributions are staggered over those ten years, are taken all in year ten or are based on some other distribution schedule so long as all benefits are withdrawn by December 31st of the ten-year anniversary of the owner’s death.  Failure to withdraw all assets in the retirement account by the deadline imposed by the 10-year rule results in a 50% tax on the missed distribution.  In such cases, the required distribution continues to be 100% of the account balance in subsequent years, with the 50% tax penalty accruing each of those subsequent years until the account is entirely liquidated.

The SECURE Act, no doubt, has turned planning for retirement assets on its head.  From an estate planning standpoint, we are being proactive where we can and are reviewing existing plans where possible.  In instances where retirement assets are flowing through a trust, for example, many trusts won’t work as they were originally intended.  In some such cases, greater latitude and flexibility may be given to trustees by amending certain trust provisions.  That said, there is no “one-size fits all” approach to planning for retirement assets post-SECURE, and there is no better time than the present to understand how the SECURE Act may affect you and your family.