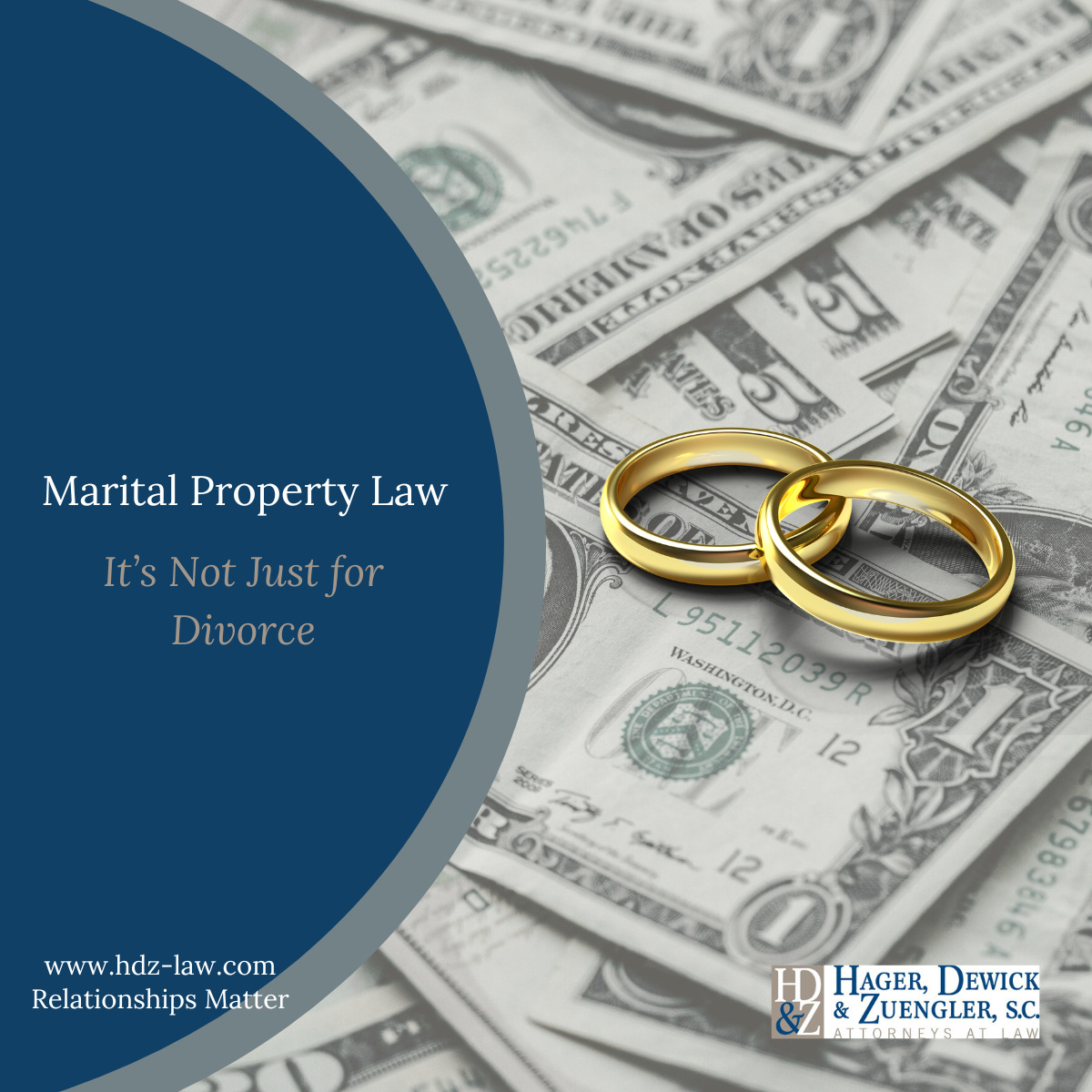 Most Wisconsin residents are aware that Wisconsin is a “marital property” state. Their understanding of what this means, however, is often limited to its effect on property division in the event of divorce. The Wisconsin Marital Property Act was passed on April 4, 1984, with an effective date of January 1, 1986. The Act implements a comprehensive property classification scheme that governs the rights and duties of married persons during their marriage, the disposition of assets upon the death of either spouse or in the event of divorce, the rights of creditors, and even the application of federal tax law. It applies to all married persons who are domiciled in the State of Wisconsin. Spouses may, however, alter the classification of assets by entering into a marital property agreement, often referred to as a prenuptial agreement when entered into in anticipation of marriage.

Spouses are prohibited from unilaterally disposing of marital property assets during their lifetime, and in most cases a spouse’s ability to direct the disposition of marital property assets upon his or her death remains subject to the surviving spouse’s interest in the assets. For example, if a spouse provides for the non-probate disposition of an individually titled bank account to a third party by way of a “payable on death” designation, the surviving spouse will have a claim against the third party upon the title-holding spouse’s death for the surviving spouse’s one-half interest in the bank account, assuming it is classified as marital property. This is often an issue in the case of second marriages, where both parties may wish to direct their assets to their respective children, rather than the other spouse.

It is important to note, however, that the classification of an asset as marital property does not affect the management and control of the asset, which remains vested in the holder of record. Take, for example, a spouse who holds shares of voting stock in a corporation. The shares are titled in the spouse’s individual name but are classified as marital property. The title-holding spouse has the sole right to vote said shares, but his or her spouse also has an undivided one-half ownership interest in the shares.

In sum, Wisconsin’s marital property law has broad ranging implications upon the rights and responsibilities of married persons domiciled in the State of Wisconsin, and in the case of marital property assets, what you don’t know can sometimes hurt you. If you have more questions, please contact Emily Ames at 920-430-1900 or [email protected].